7 Salad Recipes You Got To Try

Being an avid reader of Meelz literature, it is safe to assume that you are fully aware of the benefits of consuming vegetables on a regular basis. We are not here to convince you to eat salads, we are here to make your life easier by recommending a few new and delightful options.

So, Our salad-man (newest recruit) has scoured the internet in search of the ultimate salad list, and here are the findings that he put together. Seven great options from 7 different countries.

We start in Egypt, the land of the pharaohs. 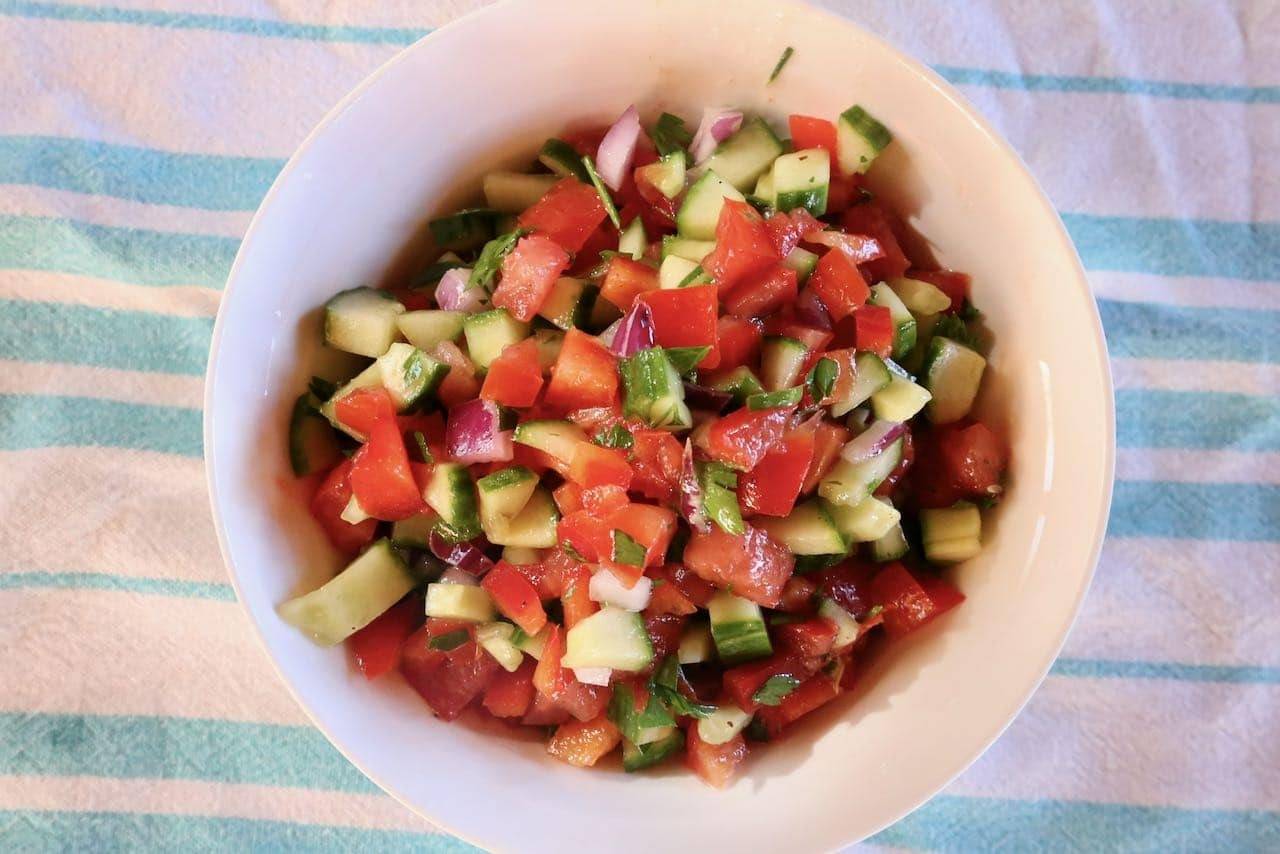 This salad is known as "Salata Baladi" in Arabic, which translates to "country salad."

It can be enjoyed as a side dish for brunch, lunch, or dinner and is a very popular food in Egypt, Jordan, Syria, Palestine, and Lebanon.

To make this salad you’ll require:

Making this chopped salad is quite simple and easy once you prepare the required ingredients:

From Cleopatra to Marc Anthony, moving to Italy: 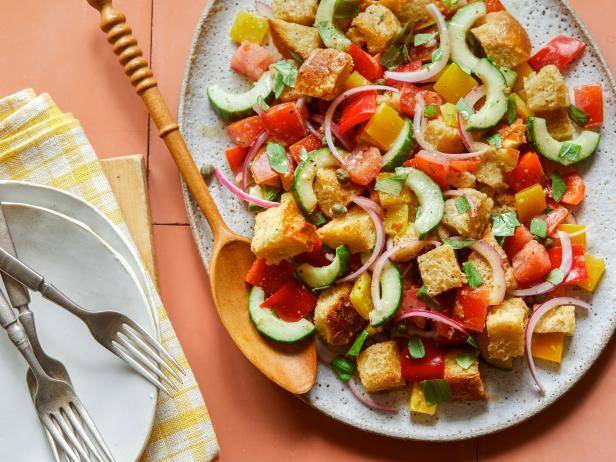 An Italian salad known as Panzanella is prepared from stale bread that has been soaked, along with tomatoes, onions, basil, and an olive oil and vinegar dressing. The salad is a Tuscan specialty, typically eaten in the summer and made using fresh summer vegetables in season.

Other ingredients, including cheese, cucumbers, and olives, can occasionally be added to panzanella. Panzanella is thought to have been created out of necessity as a way to use undesired ingredients, such as stale bread. Bronzino, the well-known poet, even mentions it in some of his works as early as the 1500s.

From the Cesar to the Czar, in Russia: 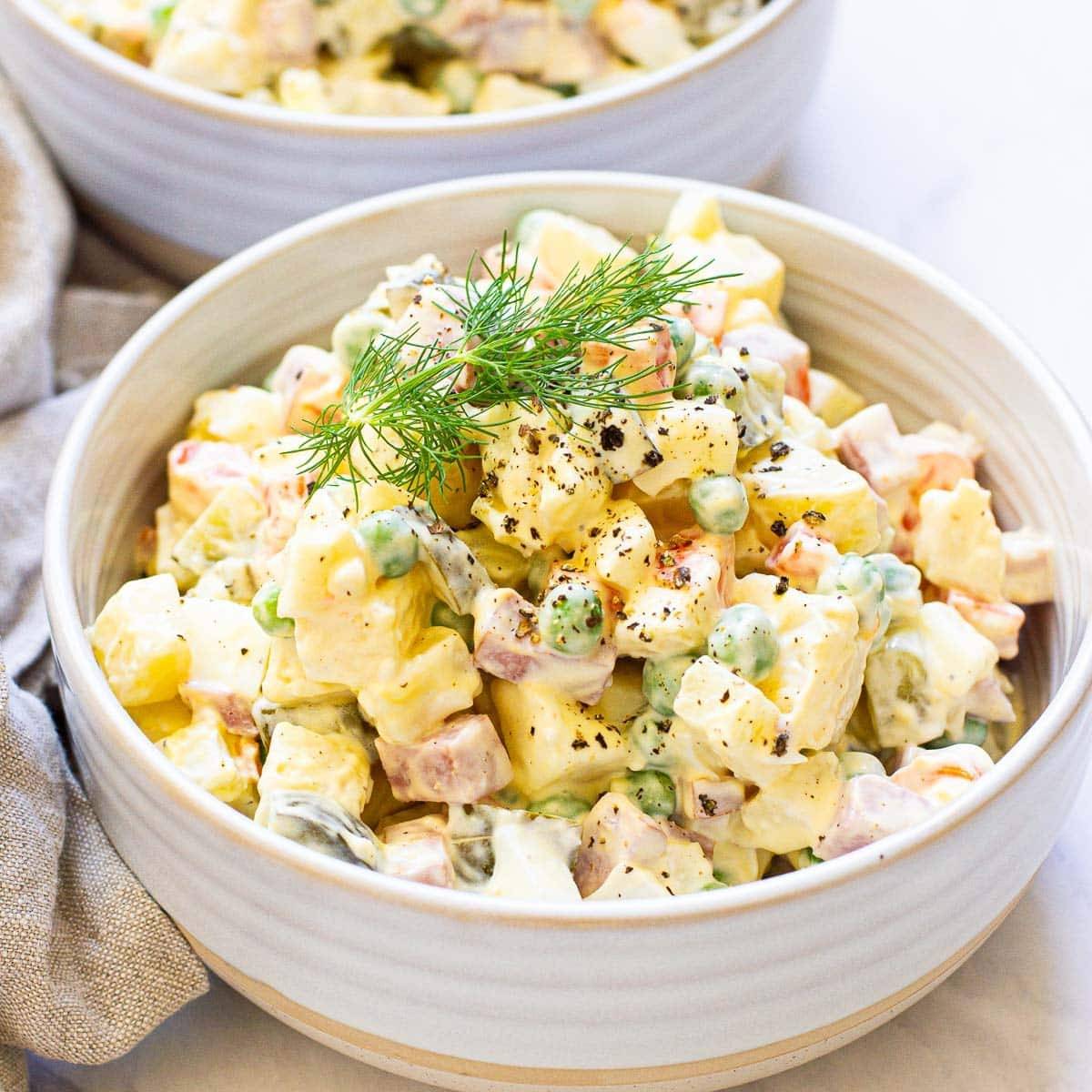 Olivier salad is a popular Russian salad that can be made with a variety of ingredients, but the most common are chopped veggies, meat, and mayonnaise. Diced potatoes, eggs, veggies, chicken, or ham are among the main ingredients. In Russia and some other former USSR nations, this salad is among the most significant starters at salad buffets for the New Year.

Chef Lucien Olivier of Moscow's well-known L'Hermitage restaurant prepared the original in the 1860s. Olivier secured the recipe until his death, however, it is thought that one employee who observed the chef at work stole the recipe, as the salad is still prepared today. You can try this recipe from valentinascorner.

And back to the Mediterranean, in Greece: 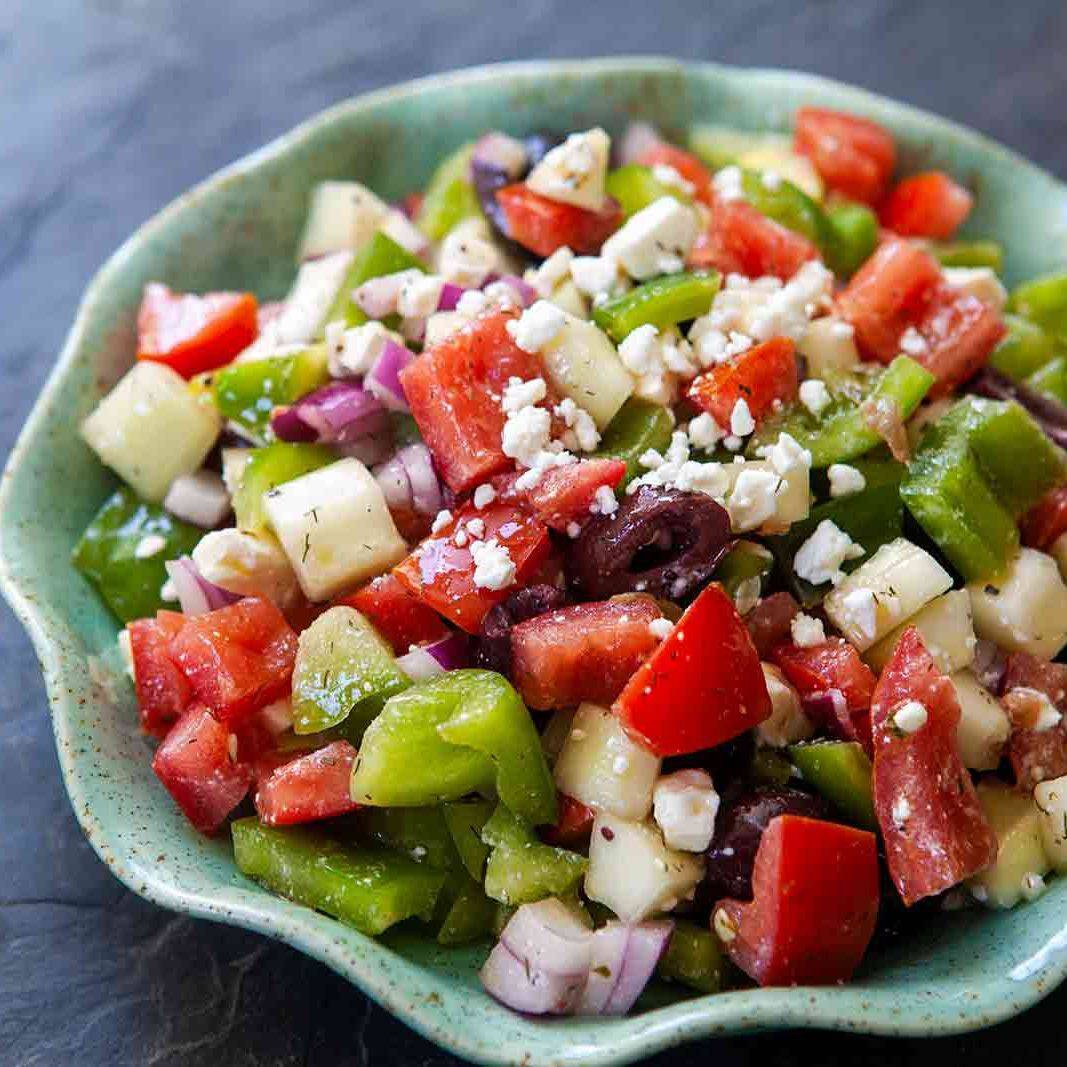 Everyone's go-to summer side dish is this simple Greek salad recipe. It only needs 7 ingredients and a basic Greek salad dressing to make it delicious and refreshing.

Kalamata olives are great on their own, but here they add the necessary acidity and tanginess. Use cherry tomatoes instead of chopping big tomatoes because they don't release as much water into the salad. And lastly, seed your cucumber in order to keep the salad from being too watery.

Cut the feta cheese into cubes about ½ inch. For the bell pepper, 1-inch squares should do, for the cucumber, thin half-moons.

To make this greek salad  just toss all the ingredients with Greek salad which is made by simply combining olive oil, Dijon mustard, garlic, vinegar, dried oregano, and black pepper.

Across the Atlantic to Mexico: 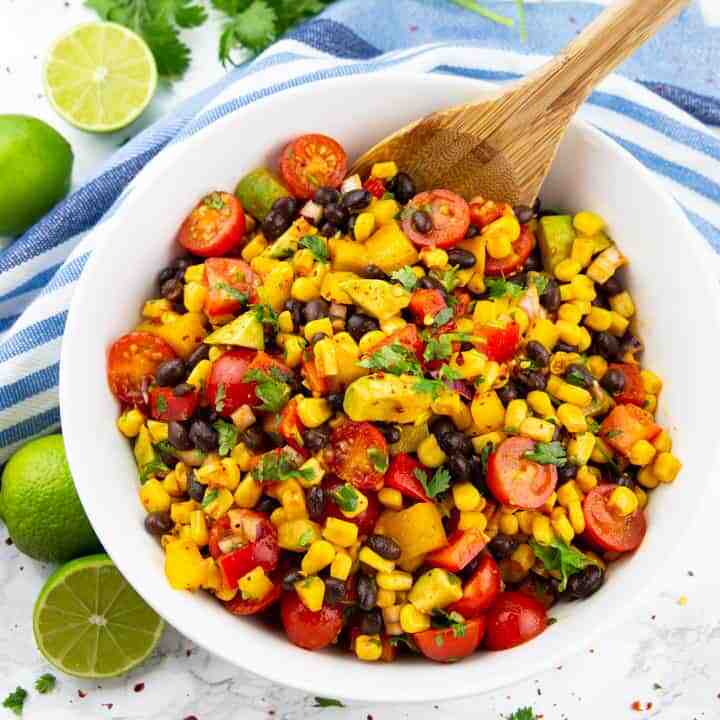 This Mexican salad is filling, flavorful, delicious, fresh, creamy, and crunchy, making it incredibly satisfying. It's loaded with a vibrant rainbow of vegetables and textures, with the lettuce being more of an afterthought. This is the kind of salad that actually makes you want to eat salad!

Try this rainbow-colored Mexican salad from carlsbadcravings. It is a little time taking recipe but I must say it is really worth it. You won't be disappointed if you try this incredible solterito arequipeño.

There are many various ways to create solterito because it may be prepared using any available veggies. However, the most common recipe calls for the following ingredients:

To make this salad:

And finally, we finish with something universal, that everyone can agree on: 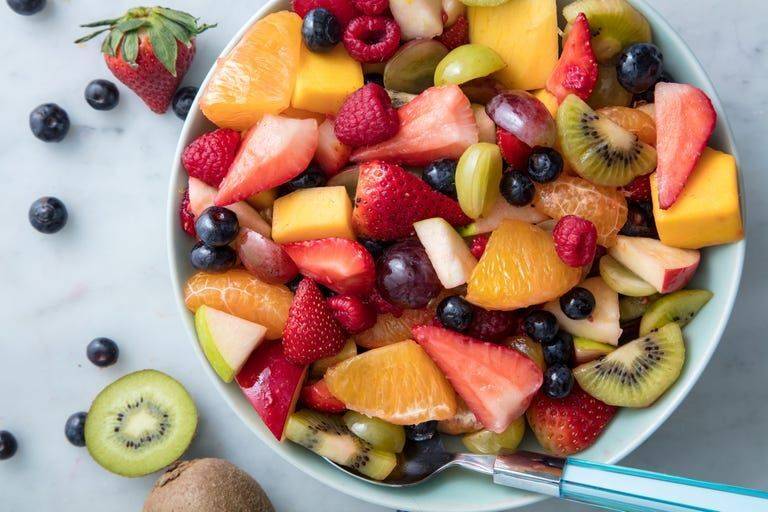 Fruit salad is a delicious dessert that may be found on most dinner tables, just like in restaurants. This fruit salad is one of the most well-liked salads in America. It combines a variety of fruits, each of which has its own flavor profile, which results in an interesting mix of flavors.

Simply choose your favorite fruits, (Pineapples, mangos, bananas, apples, and apricots, which are the most commonly used fruits) and chop. Mix it with fruit juice or yogurt.

So there you have it. Our definitive list of Salads (for now). What about you? Which one of these will you be trying soon? What is your definitive list? Let us know in the comment section below!

Write a review
Our services
My account
Meelz
For partners